Home > Travel > Travel and Pleasure: 9 of the Most Stimulating Things to Do in Essex
Tips

Are you headed to the UK for pleasure or business? Don’t just stay in London. Drop by Essex! And while at it, here are some of the fun things to do in Essex.

Most people come to the UK to visit London, and rightfully so. It’s the motherland. But, not too far away is the unique county of Essex. It’s a seaside retreat and a historic, bustling city. Essex’s history pre-dates the Romans and it was once home to the royal Tudor family.

While in Essex, you’ll enjoy everything from ancient castles to shoreline retreats, to bumping nightclubs. History is written in the walls of this town but it never stopped evolving. Below, we’re going to touch upon the best things to do in Essex, covering everything from high-class nightclubs to nuclear bunkers.

Let your hair down and be a carnival-loving kid again. Clacton Pier is easily one of the most popular things to do on weekends in Essex. It’s much more than a wooden dock with a few snow cones.

We’re talking rides, arcades, an aquarium, a bowling alley, and the famed Circus Fantasia. Bring your appetite, too, because you won’t know where to start. We recommend a pile of fish and chips and some good ol’ fashioned fried doughnuts.

Have you ever touched walls that were built in the 11th-century? We’re not sure why, but it’s a pretty spectacular feeling. How can things withstand such a testament to time?

If you come to Colchester, you’re going to stand within the largest of any castles – ruined or standing – in all of Britain. We definitely recommend a stroll through these corridors, as well as the castle grounds. It’s the kind of experience that just doesn’t exist anywhere else and it’ll stay with you forever.

Once upon a time, this was a secret bunker. Nowadays, its “cool factor” makes it anything but secret. This bunker began as an RAF Rotor Station and then was transformed into a secret civil defense center during the Cold War.

From the outside, it looks like a little house. On the inside, it used to house enough beds for hundreds of military personnel and endless supplies. In the event of a nuclear attack, countless lives would’ve been saved here.

Today, you can take a look at the remaining equipment, bedrooms, surgery, bathrooms, and more. It’s a really fascinating way to step back in time for a few hours.

Romford Market is, hands down, one of the most popular attractions in Essex. It’s a casual affair, but it boasts more than 150 market traders selling their wares every Wednesday, Friday, and Saturday.

You can come here for absolutely anything, including garden fresh vegetables, meat, tea, and even high street fashion! We love going to the market for the makings of a first-rate charcuterie board and then dining in delight back on the balcony of our hotel.

Continuing the water theme, you might want to head over to the Blackwater and Colne estuaries. This little island is packed full of mighty treasures. They have these colorful little beach huts you can rent to watch the tide come and go, some of the best seafood in all of England, and a cool small-town vibe. Not many people think to pack their swimwear when they come to England. But, it’s a must for Essex.

To snag some of that seafood, you’re definitely going to want to hit up The Company Shed. They’re known for their oysters and their long lines. So, come a little early for dinner and snag some of the best seats in town.

Ready to slip into a slinky dress or a Tom Ford button down and dance until morning? Then, you’re going to want to check out Sugar Hut. Located in Brentwood, this is one of the most popular night clubs. People from all over the UK flock here when they feel like dancing the night away.

You may even want to think about hiring a lady friend to accompany you for the night. This is a high-class club with a flashy dress code and plenty of people to impress. Don’t be surprised if you see a famous face or two, either.

The Secret Alleyways of Braintree

If you’re over in this corner of Essex, keep your head up and look for any signs over small alleyways that say “Gant.” There are eight of them. The history here is pretty cool. One of them is called “Hilly Gant,” formerly known as “Hell’s Gant” because it let the way to New Street which, back in the day, had not one but three pubs – scandalous.

They were named The George (a.k.a. Little Hell), The Dragon (a.k.a. Great Hell), and The Three Tuns (a.k.a. Damnation). They’re just small little passageways but know that when you step into any of these, you’re walking along the footsteps of history.

One of the most highly reviewed and visited restaurants in Essex is Aspera Restaurant. This is high-class dining, open well into the night. When the bar’s packed, the place is bumping.

They’re mostly known for their world-class cocktail selection, but their wine list is also incapable of disappointment. As for their menu, you’ll salivate over it long after you’re gone. If you eat anywhere in Essex, it has to be here – at least one night.

Finally, we recommend ending your time in Essex in Southend. It’s got another action-packed pier, but our favorite thing to do is just sit along the shoreline and soak in the cloudy rays of the sun.

This is a great way to just relax and be at peace before the return to reality. Sometimes the quiet moments pack as much of a punch as the cocktail infused moments down in the club.

The Best Things to Do in Essex

These nine suggestions will take you from 11th-century castles to Cold War bunkers, to seaside retreats, and bass-heavy nightclubs. Indeed, the best things to do in Essex are unrivaled by any other place in the world.

Here at iStoryTime, we strive to get the best out of life, including travel. Whether you’re venturing to England or beyond, here are our top three keys to unlock travel savings. Knowing how to stretch your budget leaves the door open for those added nights by the sea.

How to Buy Solar Panels for Cheap in 2019

7 Important Reasons Why You Should Go to Church

Can’t Sleep? Here’s How to Deal with Insomnia Without Pills

What Is Pure Distilled Water? 7 Facts You Need to Know

What Are the Different Types of Solar Panels That Exist Today?

7 Eye-Opening Ways for How to Ask a Guy Out 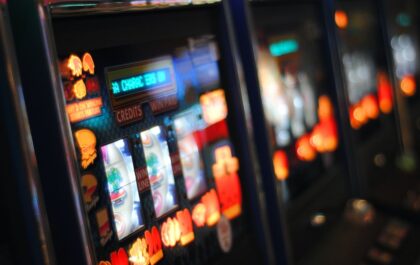 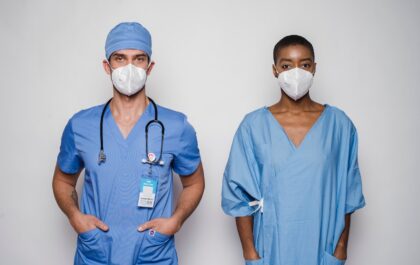