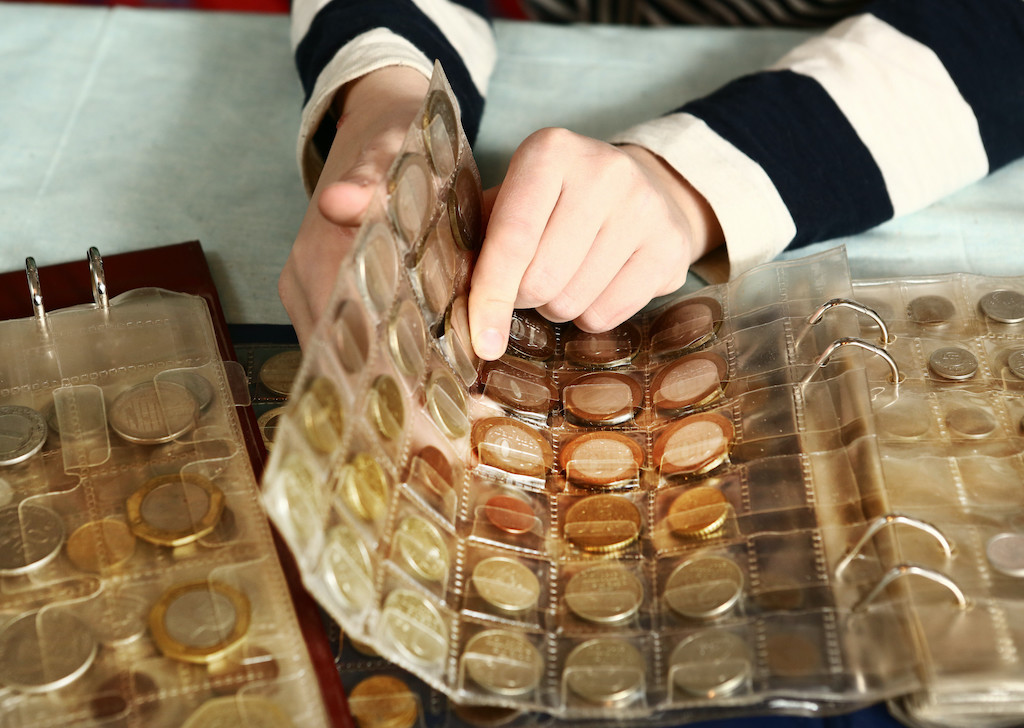 Collecting coins is one thing, but are you really an expert if you don’t know the facts behind them?

Coins have been used for centuries. In that time, they’ve been part of history, and some compelling pieces of trivia still remain in our culture today. For instance, do you know when the coin toss started?

Read this article to learn about six interesting coin facts every collector should know.

One of the most compelling facts about coins is naturally the history of the coin toss. Everyone knows what a coin toss is and has tossed a coin at least once.

This practice dates all the way back to Emperor Julius Caesar.

This game of chance was called navia aut caput by the Romans, meaning “ship or head,” because Roman coins showed a ship’s prow on one side, the emperor’s head on the other.

Coin collecting was a privilege of the wealthy elite up until the 1930s. Before that period, the only way you could store coins was in expensive coin cabinets.

Coin albums saw the light of day in 1929, thanks to the Beistle company. At the time, the pages consisted of heavy cardstock with a paper covering on each side.

Today, Littleton coin albums are widely used by coin enthusiasts across the world to store their collections.

3. The World’s Most Expensive Coin

There’s a coin everyone would like to have in their coin collection. Rare and vintage coins can far exceed their printed value.

The 1794 Flowing Hair Silver Dollar costs $10 million and is the world’s most valuable coin. This unique coin is to have been the first silver coin minted and issued by the Federal Government.

Throughout history, women have also adorned coins. One famous example is Marianne, the national symbol of the Republic in France. Her face was first seen on 5 centimes coins before the franc, and now the euro.

Cleopatra appeared on Egyptian coins, and Queen Isabella I of Spain made history by becoming the first foreign ruler to have a representation on a US coin.

Sailors have always been known to be superstitious. They have traditions meant to bring them good luck when building a ship.

One such tradition is the coin ceremony: mariners put one or two coins under the keel block for good fortune.

All the way back in Roman times, coins were attached to ships to attract divine protection.

6. How Many Euro Coins Are There?

Worldwide, there are an estimated one trillion coins in circulation.

Coin facts provide us with a fun and unique perspective on history. The coin toss is an ancient practice dating all the way back to the Roman empire.

Coin collection only became a more accessible hobby less than a century ago with the appearance of the coin album. There is a coin worth $10 million, and prominent women have been on coins throughout history.

Don’t forget to place one of a trillion coins under the keel block of a ship being built for good fortune.

Check out our Entertainment section for more fun articles.

Simple Savings: 8 Money Saving Hacks to Help You Through 2021

Gun Safety 101: What to Expect From a Concealed Carry Class

I Want My CBD! 5 Key Tips for Buying CBD Products

Grow Your Own Green: 10 Must-Know Marijuana Growing Tips for Beginners