Home > Travel > 6 of the Most Incredible Road Trips in the U.S. and Europe
Tips

6 of the Most Incredible Road Trips in the U.S. and Europe 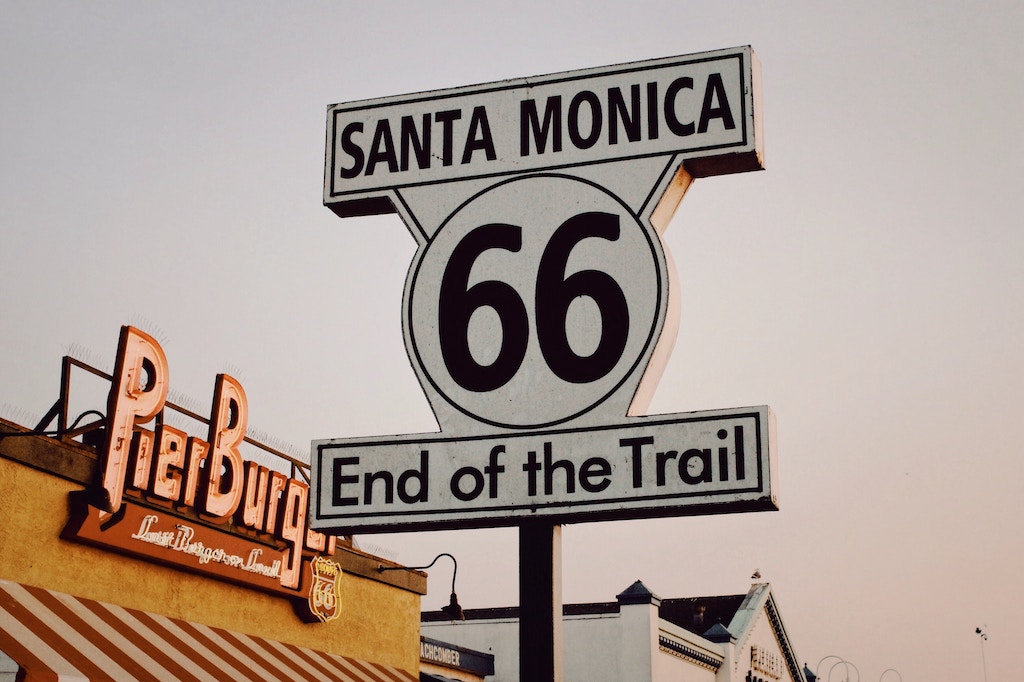 There is nothing quite like the freedom of hitting the open road with a far-flung destination in mind. Some of the most memorable trips you will ever take involve little more than a reliable vehicle, good company, a playlist of tunes for driving and the spirit to go wherever the wind takes you. Whether you are an American looking for an adventure in Europe, or a European with the dream of exploring America, committing to a road trip is more often than not the best way to cram in as much of the local scenery and culture into your time. Read on for a list of the three best road trips to take on either side of the pond.

Route 66 has a legendary status in American culture. Even the very mention of the name is enough to conjure the ideals that American holds so dear. Known popularly as the “Main Street of America”, the highway stretches 2,400 miles from Chicago, Illinois to Santa Monica, California. The road was one of the original highways in the country and passes past some of the world’s most impressive scenery, including the Colorado River and the Grand Canyon, one of the seven natural wonders of the world. There are some amazing photo opportunities along the way – just set a timer on your camera and stand next to one of the iconic Route 66 road signs!

Spanning the length of the Pacific Coast from Washington to southern California, the Pacific Coast Highway is another of America’s most famous road trips. The mountains and colder climes of Oregon and Washington of the northern section of the route gradually give way to the arid desert landscapes of California. The drive is an excellent way to visit Portland, Los Angeles, San Diego and San Francisco – some of the west coast’s most interesting cities. If you decide to come at the route from Baja California through America’s southern border with Mexico, do not forget to arrange your ESTA visa in advance – there will be no entry into the U.S. without it.

Running 3,000 miles north to south along the entirety of the course of the Mississippi River, the Great River Roads is one of the most spectacular road trips in the U.S. You will pass through 10 states and witness first-hand the incredible cultural diversity of the towns and cities along the way. The Mississippi is steeped in history, and the legacy of French colonial occupation can still be detected strongly in the musical and culinary traditions of those who live along its banks.

The Scandinavian country of Norway has often been voted the most beautiful country in the world. This is in part due to the fascinating natural shape of its coastline, which is characterized by its natural inlets, called fjords. Norway’s Atlantic road scales the country from the south into the polar region in the north, traversing some truly awe-inspiring landscapes as it crosses numerous bridges between the mainland and many tiny islands. The trip is breath-taking, but it is only really possible if you attempt it in the summer. It will, however, become much easier for U.S. citizens once the ETIAS visa waiver scheme comes into force in 2021.

One of the lesser-traveled routes in Europe, this road trip will take you from Bucharest through the spectacular Carpathian Mountains and into the legendary dominion of one of the most terrifying literary monsters on the Romantic period. The road will then lead you past picturesque medieval castles and then to the buzzing cities of Budapest and Bratislava, finally leaving you in the Eastern European powerhouse of Vienna, Austria.

The wild Portuguese coast serves as the continent’s final frontier to the great blue yonder. Starting from the fabulously beautiful city of Porto in northern Portugal and taking you all the way down to the tourist town of Faro in the south, a road trip down the coastal road will take you past some idyllic sandy beaches and towering ocean cliffs as you stop off at small beach towns and cultural centers like Lisbon and Sagres. The price of food and accommodation is low, and the locals are incredibly hospitable.

As mentioned before, the ETIAS visa waiver scheme is set to make it much more straightforward for U.S. citizens to gain visa entry to Europe. The road trip of your dreams could soon become a reality if you seek the guidance of a good ETIAS guide. Happy travels!

Can Dogs Have Anxiety? Yes - Here Are Some Common Symptoms

Structured Settlement Loan Tips: How to Sell Your Payments

Why Continuing Your Education is Important

A Guide to the Different Types of Health Insurance Plans

7 Things to Look for When Buying an RV

How to Get Some Shut Eye: 7 of the Best CBD Gummies for Sleep

How Much Does It Typically Cost to Rent a Dumpster?