Home > Tech > Tell Time Like a Celebrity: 8 of the Biggest Watches in Hollywood
Entertainment 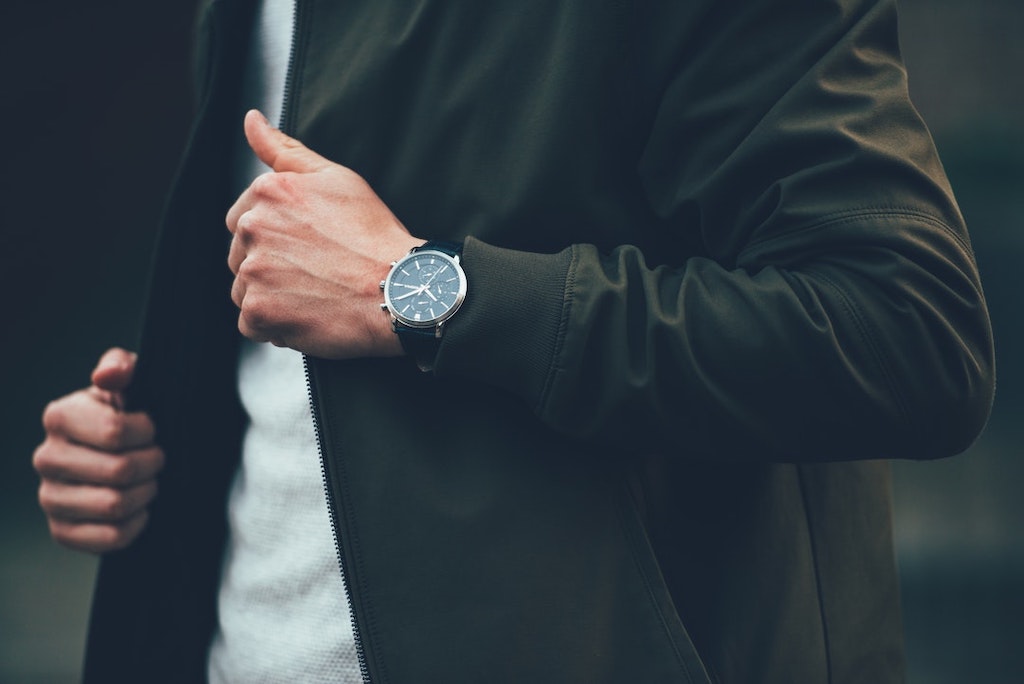 Did you know you — a mere mortal — can buy celebrity-endorsed time machines? And by time machines, we mean designer watches. Because the closest a celeb has been to a time machine is the business end of a Photoshop brush. Except maybe Jeff Goldblum.

So, you don’t have a team of artistic geniuses airbrushing the photographic evidence of age away. You still want a designer watch for the same reason the A-listers do. There are hours of painstaking research, design and refinement behind the best-quality wrist watches.

Don’t take our word for it. That’s straight from keyboard of Richard Holt, who edits the watches section of the U.K.’s Telegraph Luxury. (Raise your hand if you’re surprised the country that gave us Benedict Cumberbatch has watch editors. Yeah. We weren’t either.)

Celebs have already spent the cash on stylists. Why not blatantly steal the styles they’ve already picked out? Straight out of Tinseltown, these are eight of the best designer wrist watches you can buy.

When you think “celebrity” and “men’s designer watches,” does a six-figure price pop into your head? Good news. The Speedmaster will only set you back a few thousand.

As the name of this model would suggest, it was the first watch on the moon. But George Clooney, star of Gravity and Solaris, isn’t obsessed with them because of his outer-space-flick roots. He’s the Omega brand ambassador.

Plus, along with Rolex, Omega’s a favorite brand of the modern 007 himself, Daniel Craig.

When it comes to women’s designer watches, you’re used to dainty numbers with lots of sparkle and zero durability. And if you demand a watch with moxie, you’ll get zero bling.

Serena Williams’ secret is the Audemars Piguet Royal Oak Offshore. The diamond-encrusted bezel belies the spirit inside. It’s water-resistant up to 50 meters and the power reserve lasts about 60 hours. Williams has even won matches wearing one.

And she’s not the only one. LeBron James has his own eponymous limited-edition men’s version.

In an interview with GQ, Downey said the AMVOX3 is the best in his collection. It features a sporty strap and a large, easy-to-read watch face.

Down side: The limited-edition model is hard to find. It’s also one of the more expensive watches on this list.

But you can pick up a comparable Polaris model from the same brand. Up side: The Polaris is also less expensive.

The Cartier Tank Française is a timeless beauty, much like the woman who made it her trademark time piece: Princess Diana.

It comes in a variety of styles. And all have the classic square face with trademark blue hands pointing to Roman numerals.

The brand also has a Tank line of men’s designer watches. Andy Warhol, Leonardo DiCaprio and Tom Hanks have sported the look too.

And she’s not the only celeb who favors the brand. Ed Sheeran and Brad Pitt have worn the men’s version.

Leave it to Kylie Jenner to rock a striking watch fit for date night. A diamond-encrusted pink gold bezel surrounds a black dial. It’s dotted with pink gold for the numbers and has black-and-pink-gold hands.

If you’re looking for something less splashy, the Fusion has many variations to choose from.

You might associate Rolex with Wall Street. But the Daytona was created for the Formula 1 set. The unique bezel allows drivers to measure elapsed time and read average speeds.

Actress Joanne Woodward gave one to her husband, actor and salad dressing king Paul Newman, around the time he started auto racing in 1972. In fact, that watch is the most expensive watch ever auctioned. In 2017, it sold for a record $17.8 million.

Other celebs to wear the Daytona include Kevin Hart, John Mayer and Victoria Beckham.

Are you looking for more of a watches-with-benefits relationship? Thanks to Shonda Rhimes, we all know that doesn’t mean sacrificing style.

The Hermès version of the Apple Watch comes with one of the brand’s signature quirky dial designs. They’ve also put together several designer watch bands you can choose from. Rhimes wears the double leather tour band.

Plus, the Apple Watch can help you train for the Ironman (or, you know, just remind you to walk more).

First, measure your wrist. Watch bands are measured in millimeters. Your measuring tape may only have centimeters, and that’s OK.

Wrap the measuring tape around the wrist you plan to wear your watch on and make note of the size. Add about 1.5 centimeters to that to ensure it’s not too tight. If measuring in centimeters, multiply the number you got times 10 to get the size in millimeters.

If you’re buying your first piece, go for a workhorse that can take you from school drop-off to the boardroom. You can add specialty designer watches for fancy events to your collection later.

Also, don’t look at only new releases. A lot of online marketplaces still have styles from past seasons available. This might save you on cash. But more important, you’ll widen the range of styles and options that appeal to you.

Did you enjoy these designer watch buying tips? Don’t forget to check out our tips section for more awesome life advice.

5 Online Shopping Hacks to Help You Save Lots of Money

Why You Should Outsource Your IT Services

A guide to Ice Sculptures

Gift Giving Made Easy: 5 Meaningful Necklaces for Her