Five Reasons to Make Monaco Your Next Holiday Destination 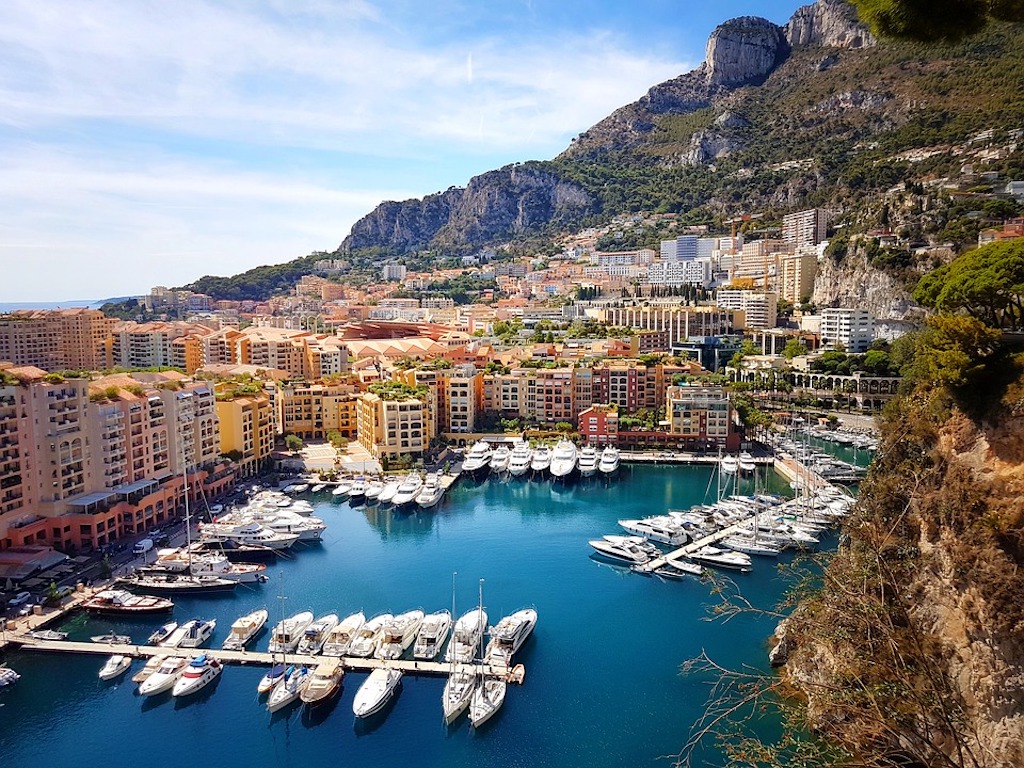 Monaco's marina is one of the peninsula's most famous features

When it comes to famous holiday destinations, few have the kind of reputation for beauty and opulence as the tiny principality of Monaco. The second smallest country in the world, covering an area of just two square kilometres, this little dot on the French Riviera has become renowned as a playground for the ultra-rich and super famous.

However, as anyone who has visited Monaco will tell you, it is far more than just a hangout for your favourite Hollywood A-listers. Monaco also boasts excellent hotels, fantastic restaurants, sumptuous views, and a sense of history and culture that you might expect from one of Europe’s longest-serving constitutional monarchies, all for a travel cost that won’t break the bank.

So, if you are looking for sun, sand, and spectacular luxury, here are five excellent reasons you should consider making Monaco your next holiday destination.

The weather in Monaco has a reputation for being mild, which doesn’t sound like much of compliment. But a better translation would be that the summers are hot (but not blisteringly so), and, while there are winters, they rarely get truly cold. In the middle of summer, you can expect the temperature to hold at around 26°C (79°F), and in the winter it rarely falls below 8°C (46°F).

Much like the rest of the French Riviera, in Monaco you’ll be able to spend June, July and August enjoying the sun, with the heat cut by a cool sea breeze. And you’ll still be able to wrap up warm later in the year and enjoy a pumpkin-spiced latte in your favourite woolly jumper.

Caption: Monaco’s architecture is a beautiful example of the French Classical style

Given Monaco’s reputation for catering for the rich and famous, it shouldn’t come as a surprise that it has some of the best hotels in Europe. What is slightly less well known is that the principality also offers a range of excellent accommodations for travellers who aren’t looking to rub shoulders with the glitterati.

If you are looking to experience the height of luxury, then the Hôtel de Paris is the place to be. The hotel is bedecked with marble colonnades and crystal chandeliers, and it offers three-Michelin-starred cuisine to be accompanied by wines from its 600,000-bottle wine cellar.

The Columbus Monte-Carlo offers a more mid-range experience but is still just a two-minute walk from the famous marina and Princess Grace rose garden just across the road, which is home to some 6,000 rose bushes. If you’re really fortunate, you might also bump into the Columbus’ celebrity co-founder, former Formula One driver David Coulthard.

Fine food often goes hand-in-hand with excellent accommodations, and Monaco is no exception. The tiny principality is littered with Michelin-star restaurants offering a range of styles, from deliciously decadent to the simple, but amazing.

If you love fusion food, then you should consider the Blue Bay; it was awarded its Michelin star for chef Marcel Ravin’s ability to combine his West Indian roots with traditional French cooking. If fish is your thing, then head to Le Vistamar for their world-famous gilt head bream in a salt crust.

However, for the quintessential Monaco experience, you can’t go wrong with Joël Robuchon Monte-Carlo. Housed in the iconic Hotel Metropole Monte-Carlo, the Joël Robuchon is famous for taking simple French cooking, elevating it to two-Michelin-star excellence.

If celeb-spotting is your thing, then Monaco is the best place to rub shoulders with rock stars like Bono and sporting heroes like Novak Djokovic. You can even watch Usain Bolt be stalked by a cardboard cut-out of Kevin Hart.

Host to some of the most famous casinos and hotels in the world—not to mention it being the home of the Monaco Grand Prix and the AS Monaco football club—Monaco draws a range of famous names on a regular basis, from multiple James Bond actors to music royalty like Beyoncé and Jay-Z.

No visit to Monaco would be complete without spending some time at its famous marina and, since Monaco is home to more millionaires per capita than any other place in the world, there is always something amazing moored in Port Hercule.

Surrounded by cafes, designer shops, and well-manicured gardens, the marina is the best place in Monaco to get a coffee and watch the super-rich show off their super-yachts. Keep your eyes peeled for the PACHA III, the personal yacht of Monaco’s royals.

The Jewel of the Riviera

While Monaco retains its reputation as a haven for the ultra-rich, the reality is that you don’t need a platinum budget to enjoy what the principality has to offer. No visit to Monaco is going to be a bargain holiday, but excellent accommodations and food are available at surprisingly reasonable prices, and the beautiful weather, spectacular views, and the chance to bump into your favourite celebrity are entirely free!

Who's Your Perfect Match? The Best and Worst Zodiac Matches for True Love

What Are the Impressive Benefits of Traveling?

Is Visa in Demand Right Now?

11 Tips for Safely Traveling By Yourself This Summer

A fun filled weekend in Krakow